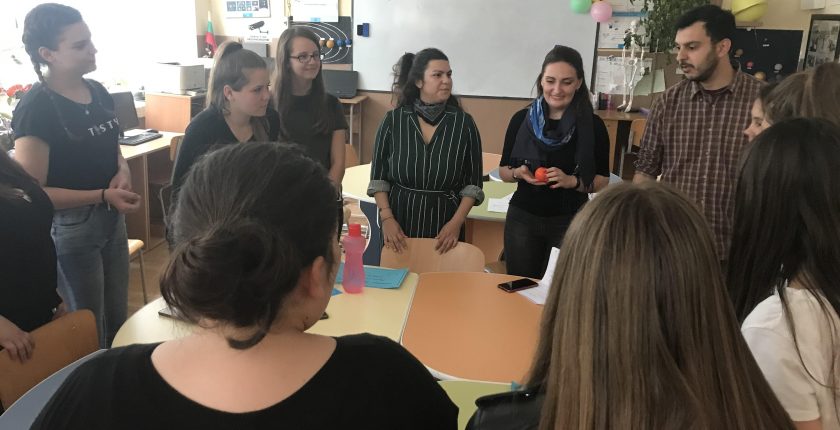 On June 5th 2019, members of  the PETRI Sofia team, the EVS volunteer Viktorija from North Macedonia and the International Fellow Nino from Georgia organized a workshop with school students in the school “Hristo Botev” in Gorna Malina. They introduced their roles in the organization and presented Y-PEER Network and its main areas of work, as well as the current activities of PETRI Sofia. The aim of the workshop was to inform the students about bullying, reasons and effects from this harmful school-aged behavior and improve the knowledge, skills and attitudes (KSA) of the students about recognizing and preventing bullying. There were 10 students who actively participated in the workshop and they were open to share their opinions and personal experiences about various situations which include different forms of bullying.

In the first part of the workshop, Nino introduced the exercise “The Tree of Bullying” where the students wrote their thoughts about reasons and effects of bullying. After we gathered their ideas, we explained what bullying is, its definition, manifestation and forms. In the second part of the workshop, Viktorija facilitated the exercise “Bullying Scenes”, where the students were discussing different responses to various situations which include bullying.

At the end, we concluded the workshop with examining follow up actions, roles of different actors for preventing and dealing with bullying and providing online resources to take action against bullying. 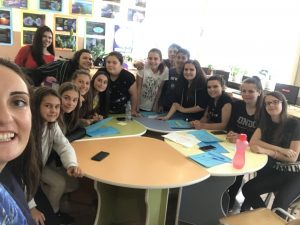 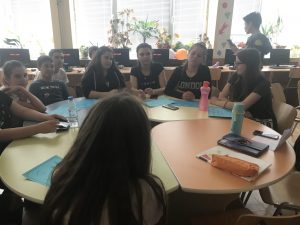 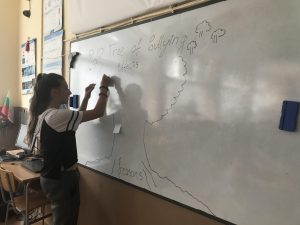