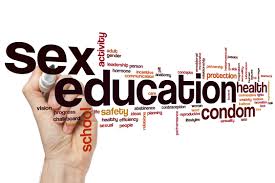 Starting from tomorrow (18th December 2018), The International Institute for Youth Development PETRI– Sofia will host a two-days international meeting on Advancing Comprehensive Sexuality Education (CSE) in Eastern Europe and Central Asia, supported by UNFPA EECARO. The meeting will take place at the National Center for Public Health and Analyses (NCPHA) in Sofia, Bulgaria. The goal of the meeting is to strengthen the network of stakeholders in the region of Eastern Europe and Central Asia to continue political and NGOs efforts for ensuring access to CSE of young people in and out of school. Also, the meeting will aim to decide on possible advocacy steps for advancing SE in the region of Eastern Europe and Central Asia and beyond, and to establish a network of stakeholders in these regions.

Representatives from relevant state institutions (Ministry of Education and Sport, Ministry of Education and Science, Ministry of Health), and NGOs from Bulgaria, Kyrgyzstan, Albania, Georgia, Macedonia, Austria and Iraq will participate in the meeting, as well as representatives from UNFPA and UNICEF. The topics which are going to be discussed vary starting from an overview of the sexuality education in the WHO European region, young people in the SDGs, development agenda 2030 and CSE, to advocacy and its implications for the CSE. Following group work, the participants will have the opportunity to deliver the key conclusions on improving the sexuality education while considering the needs of the young people in the region, the role of the governments and the NGOs, and the future steps in the advocacy actions.